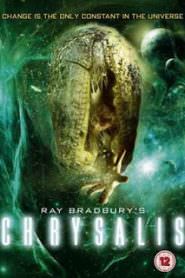 “I’m not really dying today. No person ever died that had a family. I’ll be around a long time. A thousand years from now, a whole township of my offspring will be biting sour apples in the gumwood shade.”
— Ray Bradbury
2D3: Ray Bradbury Mafia Day 2 - Perfect Town Win!
tn5421 (Neopolitan) May 14, 2018, 1:46pm #2

fferyllt - Last Wednesday at 9:13 PM
this is your chance to steamroll!

I’m going to lead off with my thoughts on this experiment. I think it’s rather pointless to split gamedays up along the ‘every single day’ marker because that makes it measurably more difficult to ISO a person, even with a tag group helping to keep everything together.

I stand by what I’ve advocated elsewhere, thread should be split up once it reaches 1000-2000 posts.

oh forgive me Lord Ellibereth, for I have sinned

I’m finding the center of that block solid town, especially while a pyx lynch was still a viable avenue. So, I’ve got Elli, NSG, and JudgeMental as Town. Maybe GTacc too.

Now, sure, I’m asking you to take my word for it based on years of play, but smilodon and I are also town.

The trust tells are in full force, I see.

Now, I’m not discounting the possibility that given tn’s undervaluing of their mafia prowess the scum team may have hatched a buss plan, but I’d rather we sort between Riley, Metal, and GTacc today.

waiting to sheep Lord Ellibereth to lead us to victory

I appreciate this sentiment but I still need prefer locktown people to stir the pot and do shit (even incorrectly!) with the non locktown people otherwise I have to end up being that person. Don’t be lazy!

on the other hand ellibereth was probably always the kill anyways

Was I though?
Let’s take a poll everyone - if you were tn’s scumbuddy would you have killed me.
put your answer in spoiler tags.

yes my Lord, I will do anything to serve you

no I wouldn’t kill you but that’s because I know I am good scum. I believe most people would try to do so my lord

your avatar is still scummy

it is! I’ll have to find the cartoon it’s from…here
https://i.imgur.com/VCA9Ojd.jpg

Hello. I’ve got a lot to read, it seems.

I think its impossible that smilodon scum replaced out.

I was wrong with my VCA, and bussing theory. Tn was obvscumming, I don’t think Pyx is the answer, and I should know by now that if there is a choice between town being dumb and scum trying to avoid their partner, it’s the town answer.

Furthermore, quickhammers do not come from scum on their partners, I think, because the partner gives them a chance to claim some PR.

But, one person was on the wagon after it was obvious that Tn was the lynch, and today has flipped on a read for no apparent reason.

This is the better wagon, boyos.

Breaking this post up here, walls are scummy amirite?

not sure this is* sound whoops.

Also you should know that the only active person = town thing isn’t generally true.

Because he was like “Do not claim!!!” and he went like “ellibereth: VT, gtacc: not known etc.”
He was also posting a lot in thread but they did not have much helpful content, seemed like an excited wolf

This is also a really good point, that post with the table was super LAMIST.