Thoughts about the Tarot uPick game

Game thread: Tarot uPick: Under A Deviant Moon - GAME OVER!

I want to start by looking at the hosting mistakes I made:

Overall, I thought both groups adapted well, and I liked that majority lynch ended the game day early at least twice during the game. I felt like for the most part people made sure they got all the data needed before game days ended: night action claims, questions answered, etc. I thought everyone would have an equal chance to play well for their teams with this hybrid approach.

And, I’d like to thank the mafia players at Team Liquid for introducing this lynch mechanic to me when I played a couple games on their site. I would probably have come up with the idea on my own for this game, but having some example games in mind, I felt pretty confident the mechanic would work well here.

I enjoyed reading mod-meta comments during the game (I always do). It was easy to tell who has been tortured in the past by some of my more - ahem- creative game designs.

In general, with role madness I like to have a few roles with similar effects that can really muddy the waters early in the game. Night 1 had 2 doctor-actions and a commute, as well as a ninja’d night action, and I loved that multiple players felt sure they were responsible for the lack of a kill.

This was also my intent with having both a treestump and a death neighborizer. If I could go back and change the design, I would make both of those abilities come with janitored flips, and add a one-shot mortician ability. I like adding skill components to neighborizing roles. Adding a 1-shot mortician in a setup with multiple janitored flips would have also been a skill component.

I once designed a game where every player would get at least one opportunity to choose between an ability they could use to protect themselves or an ability to investigate someone. In that game, every player chose self-protection over information. When faced with such a choice, it seems like players often choose that way.

As town, I share the attitude of “I’m gonna DIIIIEEE TONIGHT”. It’s why some of my games have featured after-death abilities. I think when players know they’ll still be able to affect the game after dying, it changes how they approach their roles.

Overall, I think it was a mistake to run a uPick as the first game, though role madness and uPicks tend to engage players in a way that less crazy closed setups sometimes don’t. I wanted to get the game up and running quickly as a reward to the players who joined M451 early, and I also figured that a game would show us areas where we need to work on functionality before launching for a wider audience. But, it would have been better to start the design earlier than was possible with a uPick.

Chessbaby3 watched the player who was targeted for the kill

Erika Farudo “strengthened” the player who loverized/2-night-doctored him. I half-expected chesskid3 to use the neighborize abiity he received on Erika Farudo since he’d made them lovers, but neighborizing ellibereth was also a good move.

After Night 1, the scum team was careful to pick players who were less likely to be protected for their kills, and that was also a good move, because of the expectation that scum-Srceenplay would kill Elli.

I think catspurr’s day three self-sacrifice when Srceenplay was being run up was a turning point in the game. I wondered if town players would wifom about whether he was protecting a teammate or framing a town player, but the town-consensus was to assume the former.

Pyx is an unusual player in that while he tones down his whimsy in games, he doesn’t approach games with a completely serious game-face. He also doesn’t compromise his mafia-ethos easily (see his refusal to unequivocally full-claim). This is one of the moments in the game where I felt that the conflicting site-meta experiences came into play. Players who know how he approaches games took this in stride. Players who are used to the run-up-and-force-a-claim approach to bandwagons were less sanguine.

Of all the players, I thought smilodon had the most “vanilla townie” approach to the game, and I sort of expected this to happen given that Enabler is not a sexy role with cool night action decisions to be made. There are ways to spice this role up that I may consider if/when I use it in a design again. I enjoyed watching Pyx sort smilodon in his diary thread, and he did eventually settle on “maybe not scum”

It was fun watching ellibereth from a mod standpoint. One of the things I like about his play is that he doesn’t react to suspicion about his low-posting-rate by posting more. I think playing that way benefits him as any alignment. There were points during the game where he was clearing players for faulty reasons, even though he was correct about their alignments. The presence of a ninja in a game with a watcher was something I thought would get raised as setup spec at some point. If it did come up, I missed it!

I loved seeing Judge Mental go from tentative to assertive as the game data piled up, and I thought Judge and smilodon both made an effort to compare their reads on unfamiliar players with people who had meta experience. That looked like a good strategy to me in terms of sorting both the players they asked and the players they asked about.

beeboy’s time constraints definitely impacted his ability to help his team. I thought that of all the scum roles, his was probably the most town looking, even though every role started as a town role in the game design phase. I wondered if he would be the scum player to go deep in this game, but it was not to be. As either alignment, I thought his role would benefit from ambivalent play likely to draw night actions so he could scoop up some one-shot abilities with his role-copy attribute. When I thought about modifying the role based on scum alignment, making his ability a vanilla-ize as well as a role-copy, but decided it would make the role too strong. beeboy was also the only player to pick the Tarot card I’ve come to appreciate most, Temperance. In fact, fferyllt is the name of the Temperance card in one of my favorite decks, and it was that card that caused me to rethink the meanings of the Temperance card. It used to be my least favorite Major Arcana. 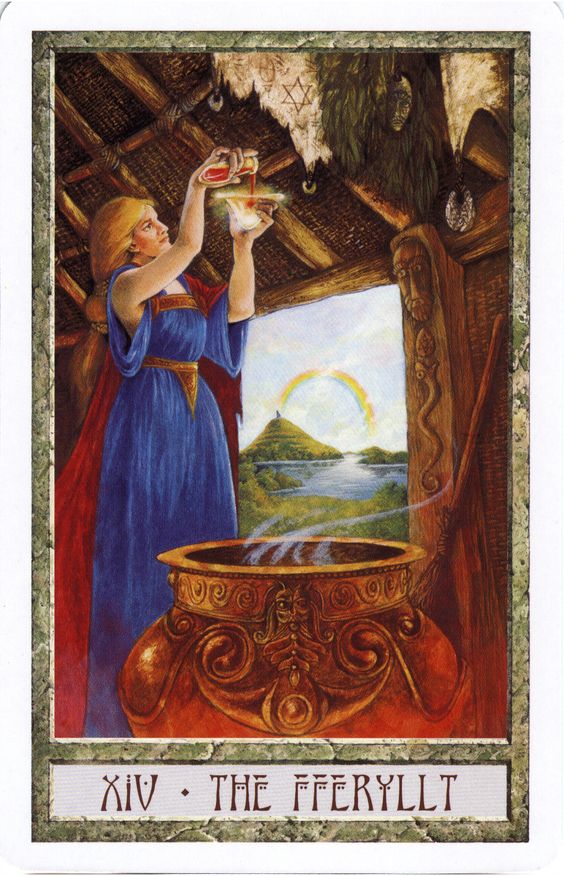 Alisae’s role was genuinely antitown. I seldom use this role in my games, but I do kinda like it in much the same way that I like desperados because the ability puts a high premium on accurate reads. I toyed with the idea of making Alisae a vengeful rather than a gladiator. I made the role naive to improve the chances of an accurate read by the time e could use the ability. I want to thank Alisae for being a good sport about drawing this as a role!

I thought about choosing an MVP for this game, but it would be at least a three-way tie, so forget that! Thanks to everyone for playing and for being patient with the discourse forum app and with me as I figured out how to host the game on this platform.

I always love to hear suggestions for improving as a host, and I’d also like to hear how you feel about discourse for mafia games now that we’ve been through the whole process.

I’ve (hopefully) given everyone who participated in this, the inaugural mafia game at Mafia451 a badge to commemorate the event. If I missed you, please let me know and I’ll fix!

I see catspurr has one but cannot see mine. No idea if that means I haven’t got one…?

You should have it now. Thanks for letting me know!

So I accidentally left out ActionDan.

I thought his posting looked very town and his reads were mostly good. He didn’t fall into the (one of pyx, Judge Mental must be scum) mindset that swirled a bit on day 1. He developed some early and thoughtful reads on players he was unfamiliar with, which I thought was impressive. He ended Day 1 with a vote on scum, Day 2 (the gladiate town-v-town day) he voted no lynch, and on Day 3 he voted scum. And, he was in any danger of being mislynched.
Can’t improve much on that!