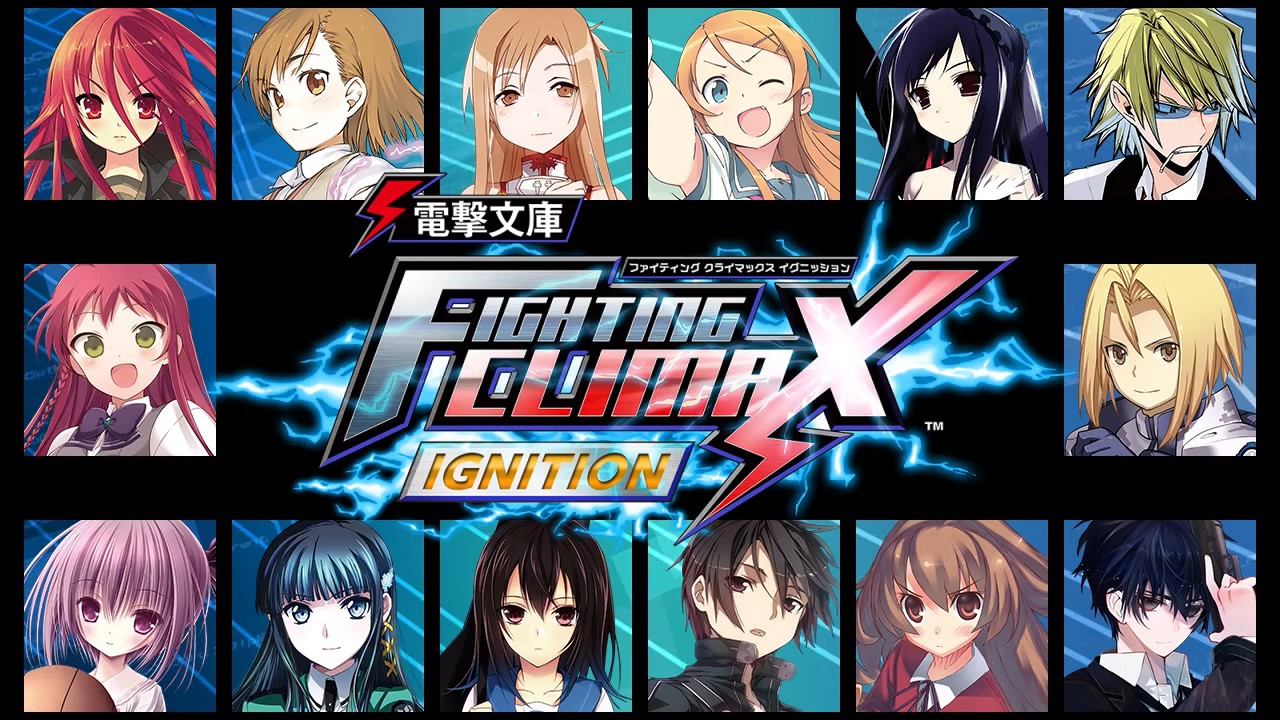 1280×720
Dengeki Bunko Fighting Climax is a 2D Street Fighter-esque fighting game released in 2013. It was developed under Dengeki Bunko, a major Japanese publishing house which holds the trademarks for several popular novels, manga and anime. Now, the characters from these works have come together to brawl in this crossover fighting game!

(Players with asterisk (*) have not sent in their picks yet.)

I have not decided on game-day length yet. It will be up to a player vote. It will be nothing longer than 7 days.

Flavor knowledge is not necessary for this game, but may increase your enjoyment of it.

This game is a Upick. You may choose your character from the game and I will make your role around it. Please choose your top 3 preferences, I will assign you based on availability. If you do not know anything about the game or do not want to pick, I can pick for you, do not worry.

You are allowed to pick any character from Ignition, including subs. Feel free to PM me if you have any questions!

I didn’t know this game (DBFC) was a thing. Looks sick.

Sadly, only the base game is available in english! The expansion is Japanese-only and the mobile game is currently only in Chinese (I’m playing it! I think you can too!)

There’s that shounen fighting game that’s coming out soon that has really hype trailers. Making my friends get it when its out lolol.

Can I pick from the support characters as well?

in, but will send picks later.

Cutting the game to 9p due to slow signups.

If this doesn’t fill within a week, I might change the theme to something more accessible, like League of Legends or whatever.

Would prefer not to play as I have basically zero availability from 10/4 to 10/8, but you can grab me if you stall at 8.

If @Nanook is free we only need one more yeah? I’ll look into finding someone.

13 players would make for a much more fun game, but considering how it’s like pulling teeth to get 9, I’ll stick with 9