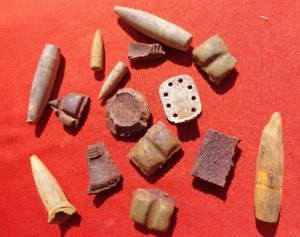 Look at all those spent shells!

As you could probably tell by my reaction I wasn’t expecting scum to quick hammer haha.

I was expecting afk complaining about double town death so then I could just pivot into just lynching scum.

Yeah, I was pretty much stuck there. I said I would hammer, so I had to and hope that it was a gambit on your part.

I really dislike playing scum, so to look like I was having some fun in the game for a few days was an achievement for me.

Yeah this is a huge indicator for a loooot of people.
I wonder if there’s a way to #makescumfunagain.

Do you like multiball even less or prefer it more.

I have been trying multiball a bit, had to drop out of one game on MS when we had to do a bunch of stuff to reschedule my wedding last week, but I think that’s my solution. Not having to hunt anyone is rough, I might not be good, but its what I want to do.

I won my one game in multiball as town, too.

I wonder why PR hunting is so much less satisfying even though it’s harder.

For me, it’s because I legitimately have no clue how to do it.

I can also reveal my PR tell as town is that my crumbing a PR is less obvious.

@fferyllt sounds like that’d be a good article idea. Anyone come to mind who’s very good at it.

I’d like to be able to see playing scum the way Nacho does.

I used to be fairly good at pr hunting. Had to do with tunneling prs as town. I p much had to figure how I was mistaking prs for scum, and once I did, it translated to pr hunting as scum pretty easily.

@fferyllt sounds like that’d be a good article idea. Anyone come to mind who’s very good at it.

Very good at PR hunting? I think I taught everything I knew to Mollie. I think she’s still good at it.

Someday I may regret when people catch on to the fact that I crumb PRs as VT.

Crumbing is such a foreign concept to me. I only crumb results that aren’t suspicious enough to just out the results.

I am constantly NKed as VT because they always think I’m crumbing anyway, so I just leaned into it recently.

By the way, smart play for my partner is to kill Katsuki, by the way. And self heal, too, I guess.

is that some strategy involving predicting vig shots