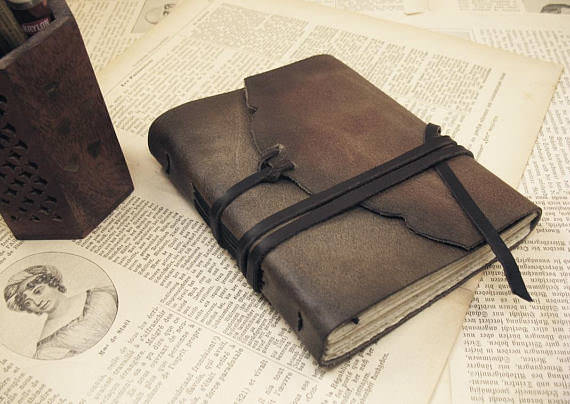 You can post here at all times during the game while you are alive. If you die before the game ends, this thread will be locked and made public for other players to read.

Hermit’s log, stardate 21317.4 - entering the Tarottian system and awaiting the arrival of the fleet, some more fleeter than others, one particularly with itchy feet, or foot, but as seems customary with that species, possibly a Ferengi.

Hermit’s log, supplemental. Ship underway. Looks as if I have a friend in ActionDan. Not certain regarding catspurr, but hopeful. Really thought I’d be seeing more from smilodon, but it’s way early yet with 4 literal days ahead. I mean. look what happened to the S.S.Minnow on just a 3-hour tour. Without Dawn Wells we’re all doomed, let me tell you. The poking on Elli looks interesting but completely familial.

Hermit’s log, stardate 21318.195 - Still no firm read on the only 2 players I think I know, catspurr and smilodon, though catspurr town claim of turning into a stump looks legit. Sounds a bit like a 3rd -party win-con thing though. And since it may be game #1 with some players I can’t ascertain fumbly-followyness as legit newbiness or scum-slanking.

Hermit’s log, stardate 21319.15. Well, just as expected I am surrounded on three sides by strange clown-like apparitions and cornered to the brink of a dastardly def. But I do not fear def. “Fear is the mind-killer. Fear is the little-death that brings total obliteration. I will face my fear. I will permit it to pass over me and through me. And when it has gone past I will turn the inner eye to see its path.”

Peering over the edge of the abyss there looks to be a small group of gypsies dressed as various chess pieces, a rook, a horsie thingy, and a pawn, all playing some weird board game - looks strangely like tarot monopoly. And they’re moaning something… like 3+1 names… I can’t quite make 2 of them out…

Hermit’s log, stardate 21321.21. Still looks like smilodon is in minimal play - doesn’t look well, though it isn’t in any way alignment indicative on a new site. Day 1 has understandably devolved into a free-for-all. Looks like my best shot is to focus on the wagon I built early and find a scum there - it’s likely there’s one, but probably no more than one: Pyx: 5 (ActionDan, chesskid3, GuyinFreezer, srceenplay, chessbaby3, ) .

I like Dan for town, and chesskid3, and screenplay has likewise seemed too earnest to be scum, who are usually a bit more wishy-washy like me. GiF is a possibility, but the iso looks ok for now. That leaves chessbaby3, who’s voted me without much of a rationale other than lynching someone. They were 3rd on the ‘random’ Elli wagon and persistent there (also without giving a valid reason). And they’ve soft-claimed a worthless role, so may be a safer lynch than others.

Hermit’s log, stardate 21322.0. So smilodon got caught without a vote. I don’t like it but take it as a good sign - ie I think any outstanding scum would have tried to find some legit way to save hearthstoneman3. That may sort of clear a couple off the pyx wagon, like JudgeMental (whom hearth voted) who yet stayed on AD, and maybe chesskid3, who could just as easily found an excuse to vote me.

It’s weird though that hearth wasn’t saved and that there seemed little attempt to save them, apart from maybe screenplay. My wagon ended up 2nd at Pyx: 3 (GuyinFreezer, srceenplay, chessbaby3). All of them look iffy now, though it’s unlikely more than 2 of scum were on me. Even that could be moot since hearth wasn’t saved when they might easily have been.

Hearth’s was a powerful role, so a bus seems unlikely. Hard to imagine anyone on that wagon is scum (Alisae, Erika Furudo, ActionDan, Ellibereth), unless of course scum is split 2-2 or there’s some other odd mechanic at play other than 3 traditional scum.

Hermit’s log, stardate 21323.2. Well, I’ve been gladiated by one who is most likely town - was the lead on the wagon lynching scum. Looks like I’ll be dying today. Though Erika seemed instrumental in my demise I think she and Alisae both are likely town - Erika was around at eod and could have easily saved Hearth were she on that team.

So long, and thanks for all the fish.

Hermit’s log, supplemental. BTW, for any wondering, I almost always purposefully run my count up Day 1 - I find it helps a lot toward sorting things.

Hermit’s log, supplemental part deux. Rethinking any clearance I was giving to the Judge - that just doesn’t make sense in hindsight. beeboy in fact could have thought voting a teammate was a ‘safe’ way to go. Not saying it looks bad for the Judge, just not as clear as I stated earlier.

Hermit’s log 21324.0. Some odd claims today over last nights no kills. And there’s definitely enough game posts now from everyone to show scum aren’t simply slanking but trying to mask as town. The pyx rule is there’s almost always one scum trying to lead town. It wasn’t beeboy, who laid fairly low (15 posts). cat engaged bee in a way (#257) that doesn’t look like they’re on the same team, imo - so cat town. Ali, AD, Eli still look solid with their bee votes, putting him on the map. Again, looking back, bee had been looking for an excuse to vote me; so the only reason I can see for his voting Judge instead is scum must have already been on my wagon (GuyinFreezer, srceenplay, chessbaby3). Even with claiming to have doced Eli GiF looks bad. Was it too obvious his questioning the bee wagon?

Hermit’s log, supplemental. Looks like Alisae’s initial list of players was closer to right - she included chesskid and Eli as possibilities. I think they both lost a point or two today, while maybe smilodon came out looking a wee better. I still think we need to sort chessbaby and GiF first, and the kingpin trying to fake town.
Best wishes and no hard feelings.

Hermit’s Final log, stardate 21324.21.No one would hammer when I offered. Now, LOL, so Elli, screenplay, and JudgeMental have all put themselves into a scum-leading-town seat at a push from me today.

Hermit’s log, stardate 21331.15. Pfft, I’m not dead yet, though maybe soon. I did nold back on The Sun vote though, hoping to be ignored by scum. The cat committed suicide rather than have us sort the hard claims – I think scum did a number on his brainz causing him to think it was the right thing. Looks like premature claiming at m541 is going to be standard, as is minimalist play. I hate those.

OK, so looks like some very late in the last 30 minutes yesterday were trying to either sort or mislead town. Judge claims to be receiving baby’s watcher results which have Elli being visited by GiF who claims to have doctored him, and screenp claims to be an inventor who gave an unseen doctor gift to Elli N1 and a N2 role cop to someone not me or cat (were it cat he wouldn’t have suicididied without divulging).

Imo, cat should have let us lynch screenp. But if there’s scum in those claims it’s likely either screenp (who wasn’t seen or reported as seen by baby and/or Judge), or the Watcher chessbaby. Gif’s claim looks legit to me, and I doubt scum would get a town watchers results more than scum would be sending ‘fake’ watcher results to town. But then that may mean baby was validating GiF nefariously. That part of screenp’s reasoning looks honestly towny. I’m thinking if screenp is truthful he should be dead by morning anyway, unless they pick me for my double vote, but I’m still pretty lynchable. Smilodon isn’t looking any better and is likely scum if there’s no conspiracy in the claims. Dan and Elli each campaigned for their lynch picks, so there’s that toward their towniness.