Here is a sample Vanilla Townie role PM, one of which is confirmed to exist in this game:

so elli just hammered himself technically (and i’m not sure if unvoting now would be against the rules - there’s no clear rule on how hammers work in this - and if unvoting works, then yay he’s still at L-1 and 100% being lynched today but i would prefer this day doesn’t end with AD being allowed to not post a single time)

still, AD should be grilled tomorrow if the day ends now and i actually think no lynch might be a good thing tomorrow as well. as well as 100% mass claiming first thing

i think there’s a decent chance i die tonight

So I wasnt realy around at deadline and I’m sorry

Beeboy died elli must go he is scum listen to me

VOTE ELLIBERETH FOR PRESIDENT OF THE GRAVEYARD

guys I’m sticking with this vote, can’t recall which type of game mechanic it is for lynch, so it this lynch goes ahead with my one vote it’s because I’m out of patience with not having all the info available :shrug:

@ErikaFurudo: please help me out! I am vanilla town. I am not clear on others’ claims and I’m really not clear on whether NM can post here and if so if that’s been the case the whole game. Editing posts and removing stuff is not good for replace-ins.

@ActionDan: I took Erika to be town and I thought everyone considered NM town, so I guess not entirely taking a town read off a town read but significantly so, which is pretty lame. That you’re not voting me given you think Erika is town based on game setup gives me pause about NM. Thing is, I’m still not clear on what everyone’s role claim is, exactly, so I’m not clearing Erika. Now I have NM as neutral.

I’m happy to be in this game but I can’t get a handle on it and I really don’t have the patience to keep sitting this stalemate out. so, I’m voting Erika so that if they are town they might like to bring me up to speed. I take it NM can’t post here? if they really can’t, that’s a weird mafia-handicapping role.

thanks, AD, that was useful to know you’re calling Erika townish for role-related reasons… are you on the fence re NotMafia? otherwise surely you’d vote me. I felt that NotMafia’s “kill me pls” in the neighbourhood was townie but I already was taking them as town seeing as Erika is considering them lock-in town. if I’m being too accepting of Erika’s assessment pls let me know

Erika do you mean elaborate on my saying you had two awkward hood posts? I meant the one about scum buddy and the following one. I just assumed you were joking 'cos too ballsy to post that as scum but…we are sitting in a stand off situation so mafia is clearly ballsy.

I really am finding this no voting plus no NK’ing tiresome. It has to be that the last mafia is reluctant to take a stand on a townie for lynch and is hoping that a townie voting will either draw the lynch onto the voter themself or mislynch. I don’t have the patience to wait another day tbf so Erika, NotMafia, please speak up!

never seen this in a game before. it looks to me that the mafia strategy at this point is to grind the game to a halt until town don’t care who they lynch.

Erika did two hella awkward posts in the neighbourhood thread before I joined it. They did not bother to do anything at all day 5 / night 5. I’m thinking my vote is best placed there.

Actiondan, help me make my mind up pls

notmafia tell me who the mafia is

Malcom in the Middle

What do people other than Bee think of Elli ruining the gimmick with his bumps?

@Signpost do you think scum has bumped the thread yet? 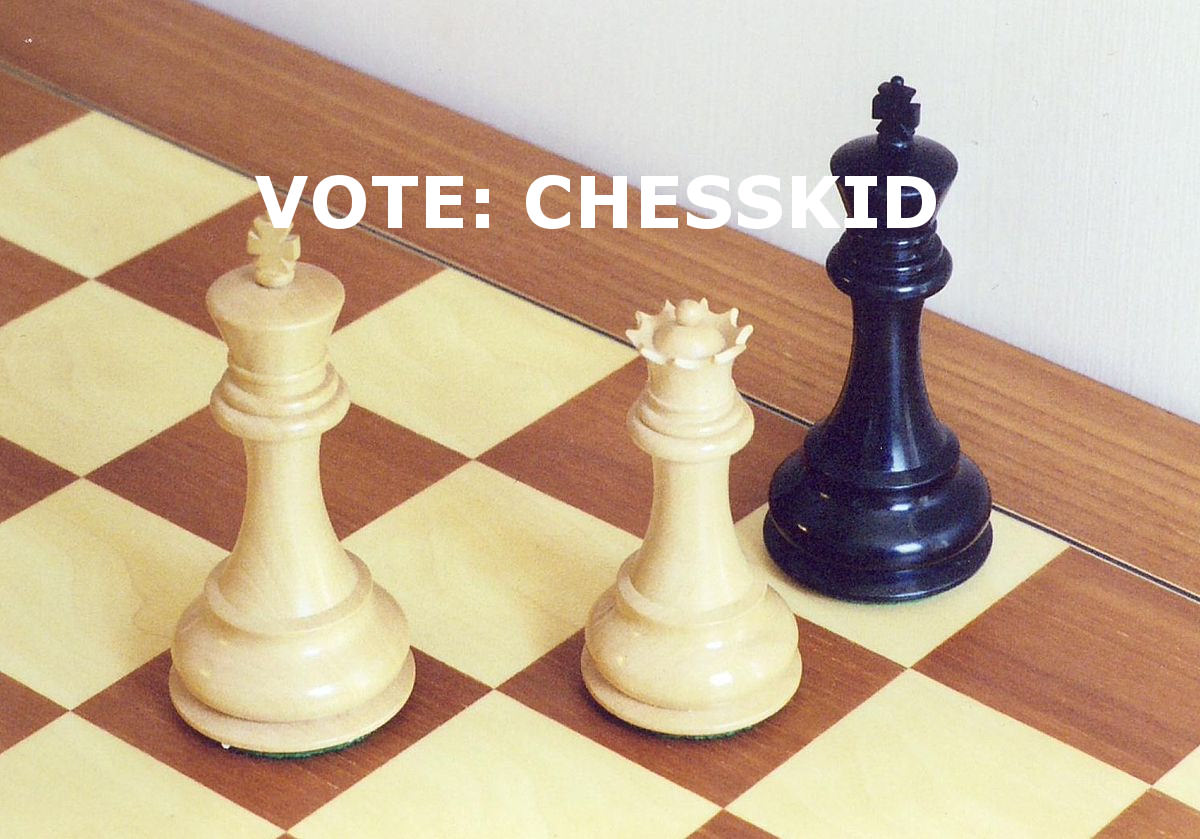 @brassherald your scumteam is BOTH players who cropped their signposts. Do you think it’s really that basic?

BeeBestie vote and I might hire a priest to unsus ya.

@brassherald have you read beeboy’s signpost?
@brassherald He seems to have a good method of keeping his signpost clean. post edit: lol I can’t spoiler on this dumbass bullshit.

FFERY IS MORE LIKELY TO BE SCUM THAN NM. ELLI WHY YOU VOTING THE LOLCLEARED SLOT BEFORE THE SLOT DOING THE SUS STUFF??

Elli and Kats have the worst vote slots on nm. I think elli is town so lynch kats.

It feels kinda dumb to lynch nm when we have people who play more avoiding the thrsad like the p sus man himself.
vote:ms idk if it rands lol

I didn’t know we needed to maj
Vote: Metal Sonic

Guys I think Action Dan is scum. I think it is dan and Elli. INTENT TO VOTE ELLI BECAUSE BOTH KILLS WERE ON SUS ELLI SUSPECTORS, and elli has not convinced my halfass in this game.

Also as of now, I’d vote Chess over Elli — using Beboy;s death to justify the Elli vote is no bueno

This is a trash read and had nothing to do with why I wanted to vote Chess. He’s over justifying to sheep his town read in lynching town. It smells.

SOMEONE TELL ME HOW TO SPOILER MY OLD ASS SHIT PLOX

What the fuck we have a cop

See the contrast between Metal and Action Dan here.

However I am prone to error, and as such we should lynch Elli since the night kills point to him.

@ActionDan Eli does the reads based on his living as scum. I don’t remember him doing it as town, not that I doubt he does. I don’t like you making that point though since it is nai at best.

I DON’T THINK WE AHOULD RUSH THE VOTES

We’re going to need all 4 townies to lynch scum, so we should probably wait for the replacement…

Mass Claim? I’m p sure the last scum is @ActionDan . I neighborized Action Dan n1. That is my claim. The hood is only active at night, and plays like regular mafia. I’m the only one who posted in it.

Dan why did you white knight me here right after I hood you, but thwn not speak with me in hood?
“Katsuki, Erika is off the table. It is known” -action dan after kats votes me d2.

judge better not fuck this game up

Why aren’t you no lynching @Mental ?

Elli p much cleared nm unless he was hard bussing all of d1. Just an fyi @Mental

NM is damn near lock clear imo. Please don’t lynch him tomorrow. Read up on my post to see how action dan is the scum and how Elli chose to hard push NM because of a ‘connection’ with fferry. FFery said that ms couldn’t be scum with elli and then died, which was giving me pause about sussing judge. He could have missed that though since he replaced in late. Who knows, gl boyos.

I was under the impression that NL was hammered.

Yeah Mafia neighborizor that can’t speak during the day is basically the equivalent of a cop. I’ll no lynch all game here. We have signposts for a reason VOTE: no lynch

@Mental we can all reads the hood posts. Elaborate for me.

@Mental Well I still think Erika is town for role related reasons (although it’s not completely impossible depending on what NSG’s base value of a single 2-shot cop is in 9-player and what value one might give to claim candy). Anyway I’ve said that before and I’m not sure what kind of help you were expecting, unless you were like, asking me to post in a way that might make you think I’m town?

@ErikaFurudo can’t parse “Mafia neighborizor that can’t speak during the day is basically the equivalent of a cop”. Can’t tell if sarcasm. my understanding of it as a town role would be a weak quality of life one. As a scum role, pure claim candy, unless the intention is that would be a way of scum communicating at night if they otherwise couldn’t… which is kind of cute.

@Mental I found that post null and I don’t agree with Erika that NM should be treated like lock town. Erika is assuming that should be the case via Elli’s hard push on him earlier but Elli is an experienced mafia player and can bus if he wanted to, especially a partner that lurked. However if I were to continue that argument a point in NM’s favor is that it was possible Chesskid/Muffins would have come back to vote NM instead of no lynch.

Could you elaborate precisely why Erika’s opinion on NM’s alignment made you consider him town?

What an astute deduction! Seems like you did always want to become a cupcake after all! Disappointed it took you so many guesses, get on my level.

this better not be some trick no common letters troll

I keep forgetting about this game, the mechanic seemed amusing in signups but the lack of updates make it hard to remember to check on the thread.

alala I’ll probably sheep whatever reasonable wagon is out there.
Elli is probably scum this game someone can do the work getting him lynched I’m lazy.

What makes you think muffins, Dan?

I’ll even unvote you for a bit if it will. help encourage you

Can you change this?
Calling me sus despite knowing I am an emptional mafia player is literally the act of pissing on me, killing my dog and then proclaiming I am not a human. Like I don’t know how disugsting of a human being you have to be to call me “sus”.
P L S F I X

Actually, @northsidegal - an actually good idea is to let anyone be able to make a nondescript (and uneditable) “bump” post whenever they want, e.g.

As I was under the impression that mentions edited into a post would still mention a user, this is acceptable as a workaround.

The following rule has been added: