Note: The following game is being ported mid-game from another website.

This topic is meant for users already in the game to re-confirm their continued participation and get used to the new site format.

It is possible that some players who were already in will be unable to make the move to Mafia 451. If this occurs, I may open this for backups. However, it is entirely possible this does not occur, and backups who were already waiting from the old site have priority on joining. Thank you for your understanding. 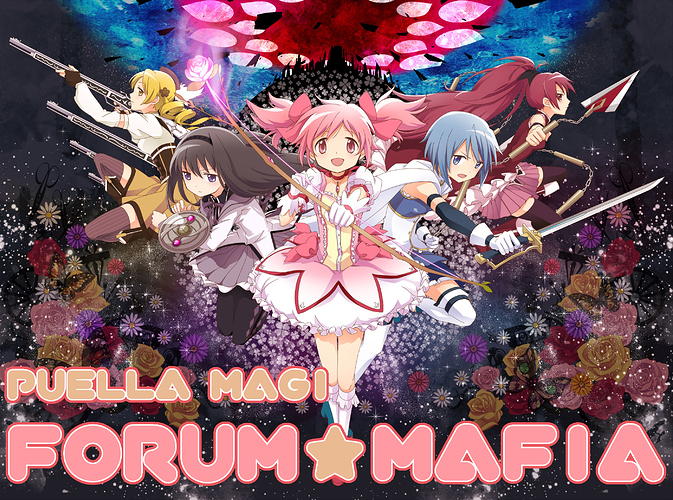 Make a contract with me and become a magical girl!

After experiencing a bizarre dream, Madoka Kaname, a kind 14-year-old girl, encounters a magical creature named Kyubey. Madoka and her friend, Sayaka Miki, are offered the opportunity of gaining magical powers if they agree to make a contract with the strange little being. He will also grant them one wish, but in exchange, they shall risk their lives by accepting the responsibility of fighting Witches. Invisible to human eyes, Witches are catalysts of despair in the areas they inhabit. A magical girl named Mami Tomoe, an ally of Kyubey, befriends and encourages the two girls to accept the contract. This is the beginning of a new story of magical girls.

Special thanks to Swordsworth and eevee for helping review this game.

• This game is based on the animated television series Puella Magi Madoka★Magica. No prior knowledge of the source material is required to play. Outside knowledge of flavor will provide no significant gameplay benefit.

• This game has been designed with the intent of providing only light spoilers. However, using the internet to look for further details does run the risk of encountering information that might spoil the story for you. Tread carefully - if you have any interest at all, the original series is only 12 episodes long and is easily available on both Hulu and Netflix, so it is almost easier to just watch it.

• Whether you are familiar with the source material or have decided to search for more info online, please be extremely careful to not spoil the story for anyone else. Just because you think you wouldn’t care does not give you license to hamper the experience of others who might.

• When in doubt, I am always an available resource for everything you will need to know to succeed at this game.

1: Fuck the Chief Delphi forum rules. Do not flag posts that break these rules - report them to the host in your role card and let them handle the situation. If you feel further action is necessary, PM a member of the Mafia Congress.

2: Be respectful to the hosts and your fellow players. Attacking other players in a personal manner is strictly forbidden. Likewise, intentionally spoiling elements of the source material’s story is to be avoided.

3: Don’t throw the game. Always play with the intent of helping your faction win.

4: Don’t be inactive. If you do not post meaningfully within 24 hours or at least twenty times in any given phase, you will be prodded. Receiving two prods or failing to respond to a prod within 12 hours will result in your removal from the game. Attempts to “prod dodge” by barely meeting this limit are discouraged.

5: Do not discuss the game outside of the game. Anywhere. It’s not worth it.

6: No editing or deleting posts for any reason without express host permission.

7: No posting after the majority is reached or at day. I can’t lock the thread, so I’m relying on you all to just follow this rule and not post. Repeated or egregious failure to comply will result in your removal from the game.

8: Do not quote/screenshot private host messages. They’re private for a reason.

9: Angleshooting is strictly prohibited. This involves any and all methods outside of the game thread that may help determine a player’s alignment, including your own. If this occurs accidentally, PM the hosts. If this occurs intentionally, it may be considered cheating.

10: Keep the thread clean of outside influence. Dead players cannot interact with those alive in any way, including liking posts in the game thread. Living players, likewise, should direct all questions to the hosts through their role card.

11: Do not edit the OP for any reason without host permission. If you believe you can make a positive contribution, PM the hosts first. 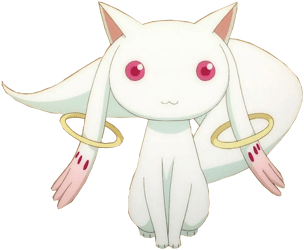 Example Card (Passive) - Because you are an example role card, you will not actually spawn in the game.

Contract (Night) - Get the player reading this to sign a contract, forcing them to join this game. (Infinite uses)

You must ensure the game is not Canned.

Setup Notes:
• This game features inverted phases - players talk and vote at night and most actions are taken during the day
• Unless specified otherwise, no roles may self-target, including protective roles

Eliminations:
• Every night will have a deadline elimination - whoever has the most votes when night ends will be eliminated
• It will be made public when the game is in LyLo (when anything but a correct elimination will lead to an informed minority victory)

What is Forum Mafia?
Here is a short guide from Mafia Universe describing the basics of Forum Mafia. In short, it is a variation of the party game Mafia (also known as Werewolf) that has been adapted to be played on internet forums.

What does _______ mean?
There is a great glossary of various Mafia terms that may be used on the Mafia Universe Wiki.

I’m still confused.
Feel free to ask me any and all questions you may have via PM.

I see the game is full, can I still play somehow?
I’d love to have some backups in case anybody drops out or is inactive. Backup players might be called upon at any time to fill the shoes of a player that needs to be replaced. You may join as a backup at any time by saying "## /backup" in this thread.

Still /in
You all know me as Nibio

man I am too slow…

Yours is pretty good too

Dude that orange guy has the craziest games

Remember that one time he somehow got the admins to ban all Forum Mafia from his site mid-game and then continued the game on a new site with only .pdf files of the old game?

also blatently reusing my opener to the game

You may join as a backup at any time by saying " ## /backup " in this thread.

I’m working with @Ellibereth to hopefully port the old game

And I wanted to be sure that works

Wait I need to make one edit

Hell yeah I do