Welcome to the Nickelodeon Scum Zone. Your safe claims are Timmy Turner and Spongebob Squarepants.

You are the (quasi)legendary Irken Invader Zim! You are Scum. 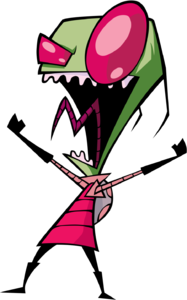 As such, you are able to disguise yourself from the filthy “earth-monkeys” that you plan to eventually conquer, successfully blending in as one of their own. Also, your loyal sidekick Gir will protect you from the first non lynch attempt on your life 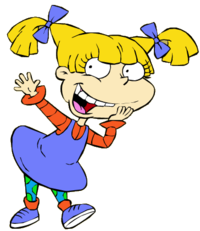 She manipulates her parents, shows off for strangers – and when she comes to play, the Rugrats run for cover. As such, anyone who attempts to target you will be passively roleblocked.

As a team you may send one person out to kill each night.

btw which fakeclaim do you want to use, Timmy Turner or Spongebob?

I dont know man im kında new what do you suggest?

Everyday one votes me wtf

you can channel that into your posts at the 11th hour if you want but just state you’re town empathically. usually that helps

you call the WAHBULANCE for flavor

Shit what im a suposse the say

pretend to be a doctor. you protect people at night