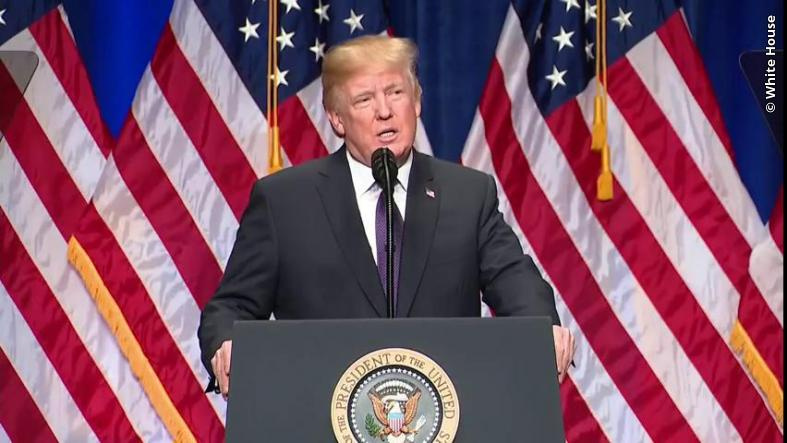 My fellow Americans. Tonight, I am speaking to you because there is a growing humanitarian and security crisis in the highest levels of our government.

The Liberal Witch Hunt has been allowed to continue for too long! We are too close now to let them continue any longer. I’m draining the Swamp, and the Swamp is trying to fight back. Don’t worry, we will win!

With your help, we will have so much winning that you’ll get tired of winning. Unless you are a democratic LOSER like Hillary Clinton. She should be in jail. Wow!

As the President of the United States, I have an absolute right, perhaps even a duty, to investigate, or have investigated, CORRUPTION, and that would include asking, or suggesting, you players to join this game and help us out!

We need to make America great again, and keep it great. That’s why I need you. You are going to help me root out all the traitors in the government, and show them the door!

Our Country is Free, Beautiful and Very Successful. If you hate our Country, or if you are not happy here, you can leave!

Let’s get to winning, people.

Oh boy, I love winning! Ask anybody, I’m a winner, I’m the best mafia player on the site, after all, according to my boy Ellibereth, another avid winner, yeah, we won Liars Club together, it’s a long story so I won’t tell the whole story, I wasn’t even trying really, when you’re like me you just can’t help it, also the competition was sad, he said that I’m the best, and you know what, I believe it because it’s true, I don’t think Ellibereth is the type to tell a lie, and even if he was I’d be able to spot it a mile away, like when I was first starting mafia, even then, I was able to tell when somebody is a filthy liar, you know, and I think, yeah I know, this Elli guy is top notch, the best, like me, haha, and the best don’t need to lie because guys like us, like me and him, we don’t have to lie, because, and I was telling this to Kanye over drinks, yeah I know Kanye, I know, he is a pretty cool guy, the best, like me, I told him that guys like us don’t have to lie because we are what they call Master Negotiators, there isn’t a deal we can’t make, it’s true, so yeah, I don’t think he’s lying, but unfortunately I don’t think I can play in this game, even though I’d win for sure, this game would be like childs play to me, but I don’t think I can play due to prior commitments, as you know I’m a pretty popular guy, I know, yeah I know, you can tell I’m pretty charismatic it’s true, so it’s natural that I’m going to be very popular, so I won’t be able to play, sad!

I never knew I needed this game until now

I have /inned, not for myself, but for america.

Why does this only have 4p

Fuck you guys - from the bottom of my hateless heart

did u just admit to being a lib

I am a libtard and proud #YangGanger

Confirmed. And the worst kind too.

Play this game to stave off impeachment irl

@m2h what the fuck bro